According to @naturalwomanhood, the copper IUD is among the only birth-control options that is hormone free, and therefore is sometimes classified as natural. It boasts of extreme effectiveness, with minimal side effects. Because it is non-hormonal, a woman could hypothetically get pregnant the very day it is removed. Once inserted, the device can work for up to 12 years with no further action required by the woman.

All this adds up to an option that, on paper, may sound great for those who are fed up with the countless side-effects of birth control. But is it all it’s cracked up to be?

The copper in the IUD acts  like a spermicide by destroying the sperm before they can make their way to the egg. Studies show that the head and tail of the sperm are literally separated, making sperm motility impossible. So, if IUDs are having this effect on sperm, what effect are they having on the bodies of women who chose to have it inserted?

Among the commonly understood side effects of the IUD are heavier, longer, more painful periods at first which may take up to a year to regulate. Other side effects include pelvic inflammatory disease, backache, pain during sex, and the device may become stuck in the uterus or move through the wall of the uterus causing infection, scarring, or damage to other organs.

Further, the copper IUD can cause copper toxicity, or excess copper in the body. Excess copper can create symptoms such as fatigue, nausea, depression, irritability, cravings, mood swings, brain fog, among many others.

If there is an infection or inflammation in the body, the body will actively draw more copper from the IUD in an effort to fight the infection, which will create an imbalance of minerals and cause symptoms of copper toxicity, like those listed above. Copper is a nutrient mineral, but it needs to be in the body in the right proportions to other minerals like iron or zinc. Introducing extra copper into the body can throw off the balance and create problems.” (Kathleen Adler, Naturalwomanhood) 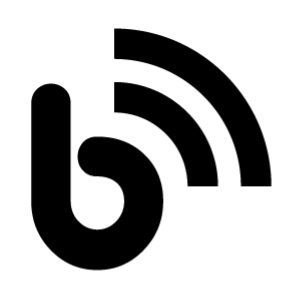 Did you know your hormones affect your mental health? What are other causes of menopause? It’s not just about age. A letter for mama | Your sexual wellness matters. With love, your daughter. Could menopause increase your risk of heart disease? Am I going through menopause? Signs, symptoms, and solutions Can the COVID-19 vaccine disrupt your periods or fertility? Symptoms and causes of fibroid pain

The symptoms and causes of fibroid pain can vary for individuals based on a multitude of factors including age, size, An overview of fibroids: Fibroids are generally benign tumors that can grow inside your uterus and vary in size. Most Fibroids: What they are and when to be concerned

Up to 80% of women are expected to develop fibroids throughout the course of their lifetime. While common, fibroids are